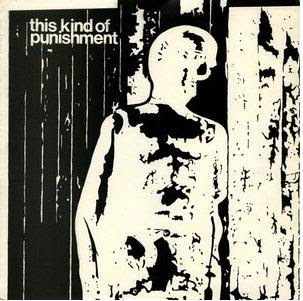 This Kind of Punishment's first album opens with the spine-tingling minimalism of "After the Fact," one of my favorites from the Jefferies brothers; the instrumental build-up and cathartic release are nothing short of revelatory to these ears. That's one of the more accessible numbers from This Kind of Punishment, but the songs on their debut offer a wide range of stylistic arrays; from the desperately frantic piano on "Two Minutes Drowning" to the gentle folk harmonies of "An Axe is an Arm," every song was recorded on Chris Knox's four-track to brilliant effect. There's a sense of mystery to Graeme and Peter's work in This Kind of Punishment, and this album is no exception; a quiet unease is present throughout, unsettling and transfixing the listener in its hypnotic darkness. Look out for 'A Beard of Bees' and 'In the Same Room' soon. - Ariel 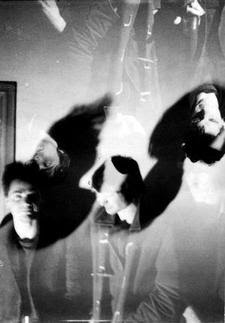 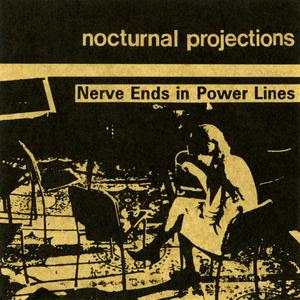 Capturing the nascent recordings of Graeme and Peter Jefferies, 'Nerve Ends in Power Lines' collects the best of the Nocturnal Projections' recorded output; the moody, post-punk outfit was formed in 1981 and disbanded in 1983 after releasing two albums--one a cassette release limited to 100 copies--two EPs, and one single. You may remember "Walk in a Straight Line" from the Xpressway Pile=Up compilation. From aggressive, jerky rhythms to plaintive folk-inflected ballads slightly reminiscent of the Axemen's quieter moments--now that was a fun band--the Nocturnal Projections' songs offer a taste of the hypnotic darkness later perfected by the legendary This Kind of Punishment, the brothers Jefferies' next and most widely-known musical venture. 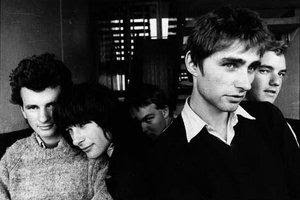 If this is wrong, please let me know. Like most of the albums I feature, this is not a personal rip; I'm going by what information I can gather online, and I have made errors before. Thanks! 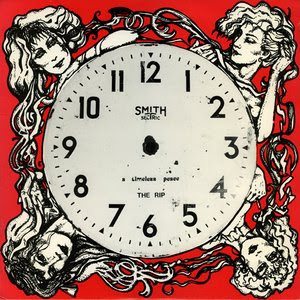 The Rip was Alastair Galbraith's first band; formed along with Robbie Muir--later of the excellent Plagal Grind--and Jeff Harford of Bored Games, the trio released two EPs on Flying Nun in the mid 80s. I've collected them here for your listening convenience (and I hope enjoyment as well!) 1984's 'A Timeless Peace' and 1987's 'Stormed Port' are similar musically, showcasing Galbraith's delicate compositional gifts and songwriting ability. The Rip's recordings could be described as folk-inflected, Barrett-esque jangle-pop, featuring lovely, ethereal melodies accented by Galbraith's distinctively haunting violin. At times they are very reminiscent of the classical minimalism of the Verlaines' early singles and EPs, and that's always a good thing. Expect a veritable deluge of Xpressway-related material soon, Mr. Galbraith's work included, in addition to a thorough overview of that other very talented set of brothers, Graeme and Peter Jefferies.

Here is a very good interview with Alastair Galbraith in which he discusses the Rip, Xpressway, Plagal Grind, and much more. Enjoy! 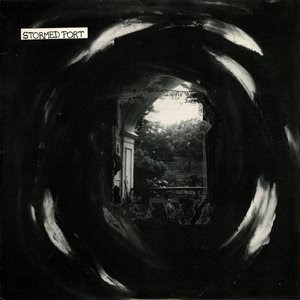 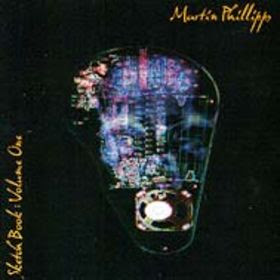 Now that I've posted David Kilgour's demos--a superior collection to this one, I must say--I thought it would be appropriate to share Mr. Phillipps' home recordings as well. It's interesting to compare the trajectories of their respective careers, isn't it? They're more interconnected from the start than one might think. Remember that classic organ line on the Clean's immortal "Tally Ho" single? That was supplied by none other than Martin Phillipps. Go forth and impress your friends with this very useful knowledge! Well, I would be impressed. The songs on 2000's 'Sketch Book' were committed to tape between 1988 and 1995, and they aren't bad by any means. It wouldn't be untruthful, however, to suggest that Phillipps' creative zenith was in the past at the time that much of this was recorded, and some pieces are clearly more unfinished and less successful than others. In the end, and as much as it pains me to say this, I feel that the bits n' pieces collected here would vastly benefit from the additional production they might eventually receive. A lot of production. I never thought I'd think that about any of Phillipps' work; after all, the four-track splendor of 'Kaleidoscope World' is the Chills I reach for most. A different scope seems to be envisioned here, less "Rolling Moon" than "Heavenly Pop Hit," maybe? These are virtually "sketches," however, so this is all really useless speculation.

Wondering what Mr. Phillipps has been up to lately? Listen to these radio interviews with Martin from September here and from May here. Thanks, Adam! 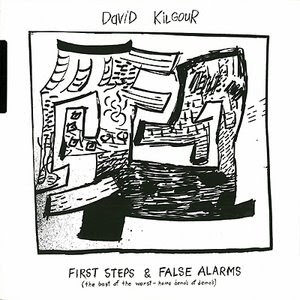 Surely a man that needs no introduction. The subtitle of 'False Steps & False Alarms' is "the best of the worst - home demos of demos," and I assure you, it fully delivers on that promise. There are many gloriously lo-fi, embryonic gems to be found amongst the twenty assembled, and the stripped-down style of these recordings really showcases David Kilgour's songwriting gifts. Not that they were ever in question, of course. Songs such as "This Chord," "Another Echo Downer," and a stunning rough version of "Here Come the Cars" are generously shrouded in a layer of echo, an effect that further highlights the sense of otherworldliness present throughout. All in all, this is a fine collection of beautifully drowsy, relaxed, and intimate fragments, not unlike Mr. Kilgour's work in the Great Unwashed. Perfect for a lazy sunny afternoon. My wonderful sometimes co-contributor Gozz--on an extended, indefinite hiatus at the moment and very much missed--posted two of David Kilgour's solo albums back in August. You can get 'Here Come the Cars' and 'Frozen Orange' at the Doledrums here. - Ariel 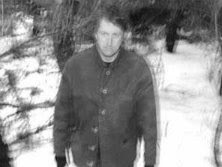 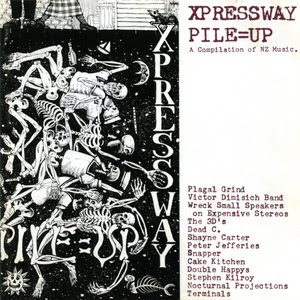 From the initial droning hum of Plagal Grind's "Midnight Blue Vision"--a perfect song to set the tone and one of my favorite openers of its kind ever--to Shayne Carter and Peter Jefferies' delicately abrasive "Hooked, Line, and Sunken," the Xpressway Pile=Up compilation assembles an impeccable roster of New Zealand talent. For those unaware, Xpressway was a record label founded in 1985 by the Dead C's Bruce Russell. Over the course of its twenty-three releases, Xpressway reveled in the more experimental side of New Zealand music; from the sheer sonic assault of Snapper to the subtle, quiet beauty of Wreck Small Speakers on Expensive Stereos, it's all represented here, and there's not a weak track to be found amongst the seventeen assembled. Just look at that list! This is also one of the most perfectly paced compilations I've ever heard, each song seeming to lull the listener deeper into its intoxicating spell. You may not want to leave after it's over. If for nothing else, you should download this for Shayne Carter and Peter Jefferies' beautifully poignant tribute to Wayne Elsey, "Randolph's Going Home." I mean, come on. A kiwi classic if there ever was one, right? What a behemoth of a song! Oh, and a lyrics sheet for the DoubleHappy's "I Don't Want to See You Again" would be appreciated.

You need this one, trust me. - Ariel 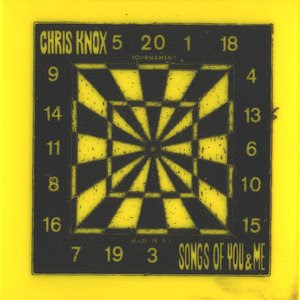 Hey, it's my birthday! It's Richard Hell's birthday too, and he's released at least one great album, right? "Time" is still a fantastic song, though. This, however, is quite obviously not a Richard Hell album. I've been saving 'Songs of You & Me' for a little while, and as today is my birthday--did I mention that?--it seems as appropriate a time as any to share it with everyone. Do I really need to sell this one? You've probably skipped this bit and downloaded it already. A HUGE thank you to Gomonkeygo of The New Disease for ripping this gem and uploading it for me. Do yourself a favor and visit his various and all very wonderful blogs, including the now sadly retired but gloriously fantastic Time Is A Disease That Only Space Can Cure. I know I always end with "Enjoy!" or something equally banal, but this time, I have a very good feeling that you actually will. So...enjoy! 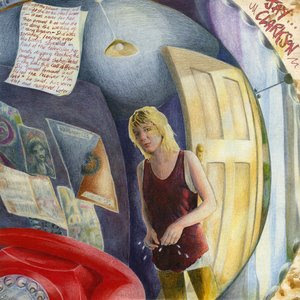 First, a confession: I had never heard of Jay Clarkson prior to receiving this request. After doing a bit of research, this unfamiliarity is unusual to me because--like everyone else in New Zealand music--Miss Clarkson has been involved in a very large number of projects, ranging from her work in the Playthings and the Expendables to multiple credits on Tall Dwarfs albums! This 1992 compilation features all but one of the songs on Jay Clarkson's self-titled EP from 1986, in addition to a couple tracks culled from her aforementioned bands. The songs collected on 'Packet' are uniformly strong, but the highlight is undoubtedly the haunting "The Boy With the Sad Hands," which has found its way on more than a few Flying Nun compilations in the past. Clarkson has continued to release albums, including 1999's acclaimed 'Kindle,' which will probably make an appearance on this blog at some point. So until then, help yourself to this fine collection of subtle, unassuming beauty. - Ariel 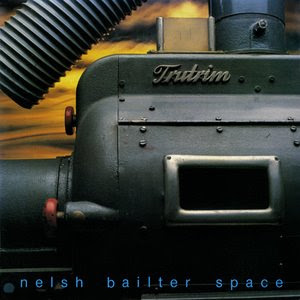 Bailter Space evolved out of the legendarily abrasive Christchurch outfit the Gordons, but this debut release sees Alistair Parker and company mining far less aggressive territory. After all, this early incarnation of Bailter Space included one-half of the fabulous brothers Kilgour--Hamish Kilgour, that is--and yet another ex-Clean member in bassist Ross Humphries. This EP features the song "I'm In Love With These Times," which I can only imagine served as the inspiration for the title of the 1989 Flying Nun compilation. Strangely enough, the Bailter Space song featured on that release is "Grader Spader." Don't ask me. This is really fantastic stuff, and if you like what you hear, Feelin' Kinda Froggy has a very generous selection of Bailter Space material here. By the time Bailter Space released their first full-length, 1988's 'Tanker' (Great album! Get it at Feelin' Kinda Froggy!) Humphries had been replaced by the Gordons' bassist John Halvorsen. With the reformation of the Clean, Hamish Kilgour left Bailter Space, and who replaced him but Brent McLachlan, the Gordons' original drummer! So it's at this point that Bailter Space really becomes the Gordons 2.0 in 1990 with 'Thermos.' Nice bit of closure, yes? Enjoy! More requests are forthcoming! - Ariel 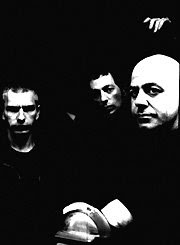