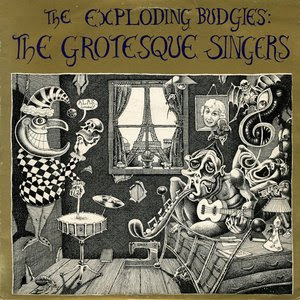 Introducing the collected works of the Exploding Budgies and Goblin Mix, the most well-known of David Mitchell's (the 3D's, Plagal Grind) early projects. The two Auckland outfits released EPs on Flying Nun in the mid-eighties; these were collected on an excellent but now out-of-print 1991 archival compilation. The Budgies pre-date Goblin Mix, first appearing on the 1983 Flying Nun compilation 'The Last Rumba,' which also featured early luminaries such as the Children's Hour and the Stones. 'The Grotesque Singers' EP offers a nice bit of pleasant kiwi jangle, including the heady rush of "Kenneth Anger" and the quietly lilting"Sunflower," but I've always preferred the Goblin Mix's two releases. Their self-titled debut and 1986's 'The Birth and Death of Goblin Mix' (released as Son of Goblin Mix) are at once more assured, confident recordings and less musically restrained than the Exploding Budgies. "The Water" and "Unusual Wish" from the debut EP are vintage slices of mid-eighties Flying Nun, while the subdued melancholy of "The Winter Song" and the raucous, tumbling "Fruit of the Womb" on 'Birth and Death...' point the way towards Mitchell's work in the 3D's. You can safely file away the Budgies and Goblin Mix next to the Stones in the unfairly underrated department. - Ariel 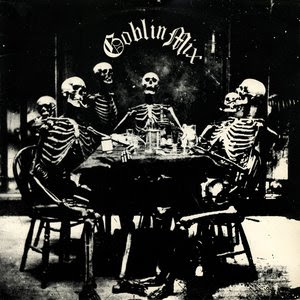 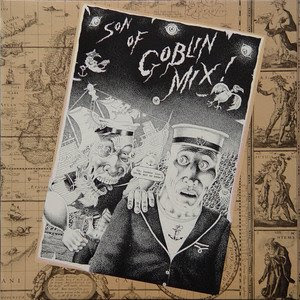 Peter Jefferies - The Last Great Challenge in a Dull World (1991) 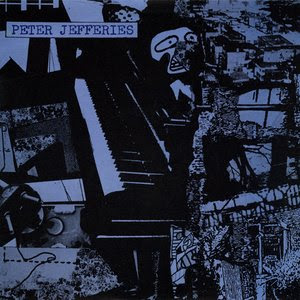 Peter Jefferies' debut solo outing, 'The Last Great Challenge in a Dull World,' was originally a Xpressway cassette release in 1990; the album was reissued on CD by Ajax in 1991 and fortuitously featured the classic 7" single "The Fate of the Human Carbine." That song, telling the sparse, surreal, and strangely poignant tale of its titular figure, and its B-side, the propulsive, dynamic "Catapult," are among the best work of Jefferies' career. The album employs a characteristically primitive recording aesthetic, lending such tracks as the relentlessly bleak "On an Unknown Beach" an air of austere intimacy. This is an impeccably crafted wonder of restrained beauty that is laced with a distinct sense of tension; it is an album perpetually poised before an intangible abyss. If you love This Kind of Punishment as much as I do, this is essential listening. - Ariel 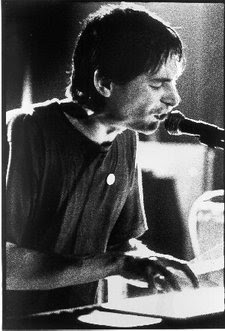 This Kind of Punishment - Live '85

This final (cassette!) artifact from This Kind of Punishment comes courtesy of the Xpressway imprint; it was the legendary label's second release and showcases the sheer force of Graeme and Peter Jefferies' creation live. Some of my favorites are represented here, including "After the Fact," "The Sleepwalker," and "Two Minutes Drowning." I love this band, and you should too. Enjoy! - Ariel 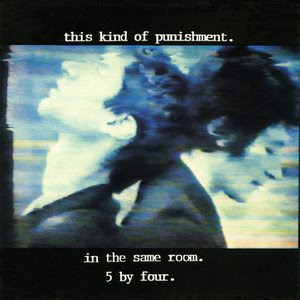 As the abrasive, uncompromising chords of "Immigration Song" fade to reveal the subdued, meditative textures of "Overground in China," it becomes clear to the listener that the final release from This Kind of Punishment will be a jarring listening experience; it is an album not content to sit still. This particular release from 1993 combines 1987's 'In the Same Room' with 1985's '5 By Four' EP; the latter's rough-hewn experimentalism compliments the more fully-developed sounds of the main album while recalling the quiet harshness of This Kind of Punishment's debut. Lyrically, the album is characteristically vague and composed of fragmentary, impressionistic narratives; despite the inherent disconnect of the album's stylistic meanderings, the album ultimately assumes closure with the decidedly Nocturnal Projections-esque "Words Fail Me." Along with the aforementioned tracks, "Don't Go," "The Men By the Pool," and the unusually anthemic "Holding," are among This Kind of Punishment's finest efforts; this is an excellent album from one of New Zealand's most rightfully exalted bands, and you would be truly remiss to pass up 'In the Same Room' or 'A Beard of Bees.' - Ariel 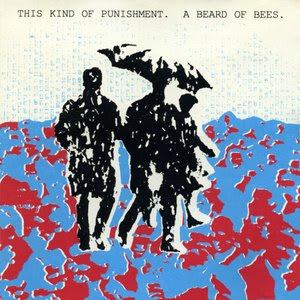 'A Beard of Bees,' an album recorded in various bedrooms, lounges, and halls, belies its four-track origins more fully than its predecessor, the Jefferies brothers' hauntingly stark self-titled debut. Self-released in 1984 on vinyl, reissued on cassette in 1990 by the Xpressway imprint, and finally re-released on CD by the Ajax label in 1993, 'A Beard of Bees' is, in this listener's highly subjective opinion, the finest encapsulation of the quietly transcendent, somber majesty of This Kind of Punishment. A feast of minimalist instrumentation punctuated by the piercing tones of Peter Jefferies' piano, it is an album that enlarges on the artistic scope of its predecessor whilst retaining that album's contained, claustrophobic paranoia; This Kind of Punishment is the sense of desolate beauty that accompanies the passing of a storm. "Trepidation," "Turning to Stone," Chris Matthews' "The Sleepwalker," and "An Open Denial" are all pieces of an exquisitely fractured puzzle; the Jefferies brothers' existential meditations, delivered in Peter Jefferies' subdued, austere vocals, never trade pathos in for sentimentality. It is a cathartic, powerful listening experience and truly a record ahead of its time; this is Graeme and Peter Jefferies' unquestioned masterpiece. - Ariel